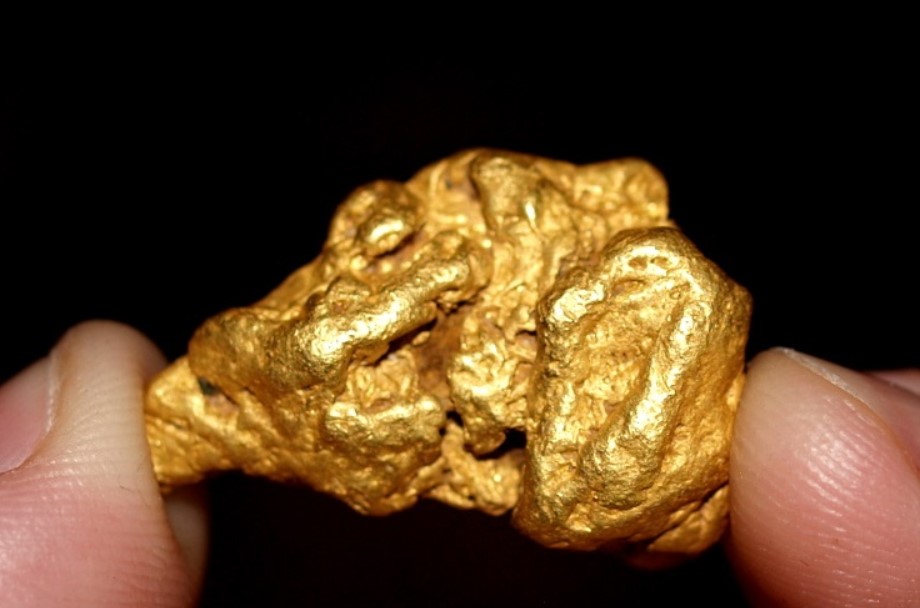 Humans have been digging for gold for centuries. The exact history of when and how humans began digging for gold might be a little lost we do know that it has been an important metal since ancient times. Gold was equated with gods and rulers, it was dedicated to them used to glorify the highest deities. This is how valuable gold was. It had the allure of power, beauty and wealth. This kind of thinking carries throughout the entire globe, in different civilizations and cultures. There are different ways to discover gold nuggets.

Before the third century, people in India were mining for gold by mining small pits. Panning became a more popular method when people started discovering gold in river streams and riverbeds. Panning involves filling a wide, shallow steel pan with dirt that may contain gold. The pan needs to be put under water and the dirt washed off. If there is gold the gold should sink to the bottom because gold is supposed to be much denser than rock. Panning isn’t viable mining process when you have a large area to cover. Panning is still done by recreational gold prospectors. If you do a bit of panning on gold rich river beds, then you may have found some gold nuggets. You can sell gold nuggets to a gold buyer and make some money.

Sluicing is a method used to extract gold from placer gold. It is used in small scale mining. A man-made channel or sluice box with riffles at the bottom is used. The riffles create dread areas when water is run through. The is allows the hold to sink and the less dense material flows out of the sluice box. Obviously, this technique requires a lot of water. When there is a shortage of water, a box called a Rocker box is used. This technique uses a combination of water and the rocking of the box creates the separation of gold from other material.

A suction dredger is used to mine for gold in streams. Dirt is vacuumed up from the bottom of a river and run through a sluice box. Divers may need to go underwater to check on the vacuum process up the river bed. Suction dredgers are specifically food when set up properly in an area that is rich in gold. Dredging used to be a popular technique for small scale miners, but it has since been restricted and even banned in a lot of areas.

The majority of large scale mining operations extract gold from rock and not loose sediment. Sometimes operations are run on open pit mines or underground mine shafts and tunnels. The deepest, hard rock gold mines are found in South Africa. Miners increase the depths of their mining operation to extract more material. The deepest mine has depths reaching 4km underground. The temperatures can run up to 65℃.  An Icey slurry has to be pumped and special air conditioning in the mine at these depths. Ice slurry must be pumped into the mine to regulate the temperature and make mining conditions more bearable.

Clearly, we have been trying to get at this precious metal for eons. Our methods are more sophisticated but like all natural resources the gold in the ground is finite. However some people have come across gold nuggets in Victoria over the last couple of years and gold buyers do more than buy old gold jewellery but they also buy from anyone who wants to sell gold nuggets that they discover out of the ground.